My 10 Best Books about Greece

Books, books, books! The best companion, in times of stress or relaxation, the best way to let your mind create its own pictures through novels and literature, or food for thought according to your interests. I have wanted to make a list of my best books about Greece for a long time.

My 10 Best Books about Greece

Books about my homeland Greece is a hobby of mine. I have read all the below-listed titles and I would highly recommend them.

1. The island, by Victoria Hislop

The island, by Victoria Hislop, is the kind of book you can’t stop reading once you start. A tender and exciting drama that takes place in the beginning of the previous century in Crete where a leper community was established on the small island of Spinalonga. On the brink of a life-changing decision, Alexis Fielding longs to find out about her mother’s past. But Sofia has never spoken of it. All she admits to is growing up in a small Cretan village before moving to London. When Alexis decides to visit Crete, however, Sofia gives her daughter a letter to take to an old friend, and promises that through her she will learn more.

2. Those who are loved, by Victoria Hislop

In this book, once again you will be doing some time travel in Greece at the very difficult period of the civil war that followed the end of World War II. Be inspired by a unique everyday woman who lives an extraordinary life.

Being a native Cretan, the books by Nikos Kazantzakis speak to me more than any other. Written by one of the most important Greek writers of all times, Christ Recrucified takes place in a village in Crete during the Turkish occupation. The inhabitants of a Greek village, ruled by the Turks, plan to enact the life of Christ in a mystery play but are overwhelmed by their task. A group of refugees, fleeing from the ruins of their plundered homes, arrive asking for protection – and suddenly the drama of the Passion becomes reality. This book has a spiritual background and is full of strong meanings.

4. The last temptation of Christ, by Nikos Kazantzakis.

I have always wondered while reading the books of Kazantzakis how can they possibly be translated in so many languages since the language he uses contains many words of his inspiration and has a very personalized deep expression which is not easy to translate. But the meaning and the depth of his writing is very well expressed in so many languages that he has become highly recognized. The last temptation of Christ is also a tribute to the fight between the body and the spirit.

5. Gates of Fire, An Epic Novel of the Battle of Thermopylae, by Steven Pressfield

A must-have if you like Ancient Greek history. About the battle of Thermopyles under the vivid narration of the only survivor of this legendary battle, a spartan soldier,  who brings in life all the facts that took place but also introduces us the way of life the immortal Spartans used to live. An amazing read that I highly recommend.

6. Tides of war, A Novel, by Steven Pressfield

If you enjoy books related to history you will also love Tides of war; A Novel by Steven Pressfield against the background of the 27-year lasting Peloponnesian civil war. Once again a simple soldier will tell the story of Alkyviades, one of the most controversial personalities of Ancient Greece by totally giving you the feeling you are living inside the war.

7. The Allegory of the Cave, by Plato.

Plato cannot be missed from a list with books about Greece. You will find this beautiful deep myth in many translations and it is contained in The Republic of Plato, one of his most important books. If you want food for thought, even if you don’t read philosophy, this myth will awaken something inside you. Finally, it brings back special memories. I remember how delighted I was to hear from Celeste when we first met each how she also loved the myth and the Allegory of the Cave! Also, have a look at the Complete Works of Plato, with translations by leading contemporary scholars with the entire surviving corpus of works attributed to Plato in antiquity.

These books should be included in every library of those who admire Greece and the Greek spirit. The famous heroic epics of The Iliad and the Odyssey, are a vivid source of inspiration, bravery and morality that never fades in time. The Iliad is one of the two great epics of Homer, and is typically described as one of the greatest war stories of all time, but to say the Iliad is a war story does not begin to describe the emotional sweep of its action and characters: Achilles, Helen, Hector, and other heroes of Greek myth and history in the tenth and final year of the Greek siege of Troy.

9. The Odyssey, by Homer

The Odyssey is, in part, a sequel to the Iliad. The poem mainly focuses on the Greek hero Odysseus (known as Ulysses in Roman myths), king of Ithaca, and his journey home after the fall of Troy. It takes Odysseus ten years to reach Ithaca after the ten-year Trojan War.

10. The house by the river, by Lena Manta

Lena Manta is currently the most successful and commercial Greek modern writer with thousands of readers. She manages to capture you from the beginning of every novel. Charming, captivating and sentimental, she has many stories yet to tell. The house by the river tells us the story of five young women who realize that no matter the men they choose, the careers they pursue, or the children they raise, the only constant is home.

What are your favorite books about Greece? I would love to hear from you!

Disclaimer: Please note that this list of Anastasia’s Best Books about Greece includes Amazon affiliate links. This means that if a product is purchased via that link, this blog receives a commission. These are added only when links are available for products we truly want to write about. 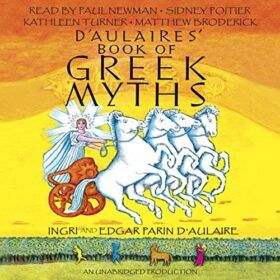 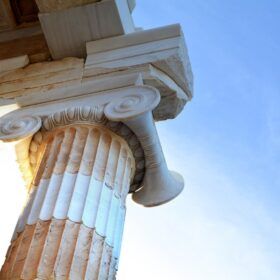 Anastasia is a mother of two young children in Crete. She writes about her life and Crete for Family Experiences Blog. A blog created by parents for parents full of invaluable tips and ideas for people who live in Greece or are interested in visiting Greece with their kids.

Absolutely love this picture of my friend @jasmine

One more snapshot from our summer vacation in Augu

Travelling around Greece is one great adventure. D

Milos island is a true gem💎, and very popular t

Happy Sunday!!! Sharing one of our favorite hotels