Christmas in Greece with Kids

Christmas in Greece is wonderful. The magic holiday spirit can be felt at the city streets through sparkling street decorations or at local churches in the neighborhoods and island.

Christmas in Greece with Kids

Greece features some Christmas traditions that cannot be found anywhere else in the world. And although I have always loved Christmas in Greece, the holidays became extra special for me after my children were born.

The magic of the Greek Santa – called Agios Vassilis –, the joy of singing Greek Christmas carols and the baking of traditional Greek Christmas sweets, Christmas holidays in Greece are extra special with family. 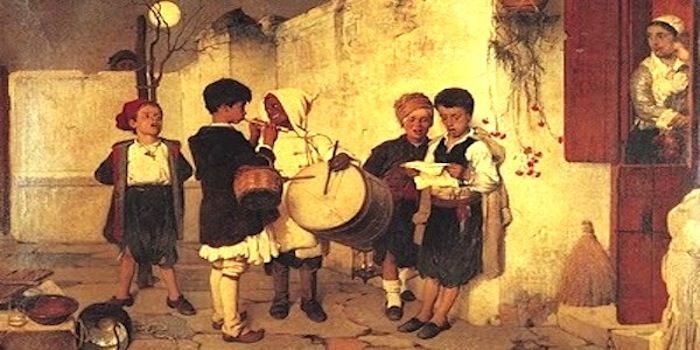 My kids’ favourite Christmas holiday activity is by far the singing of the Kalanta. Children sing Christmas carols on the day before Christmas as well as the last day of the year and on the holiday of 6 January. If you are in Greece on those days, be prepared to hear your doorbell ring early morning. Kids go from house to house playing a triangle and singing traditional Greek Christmas songs. If they sing well, they are rewarded with money or a sweet.

In the past, kids would also be carrying a boat, a very old custom in especially the Greek islands. Depending on the region, kids sometimes played the Lyra, a traditional Greek string instrument, a drum or a bagpipe style instrument.

The children would receive sweets, walnuts, dried fruits and biscuits instead of money. In some villages in Greece, children collected money for their local school. The money would be handed over to the school teacher to buy books and other materials. 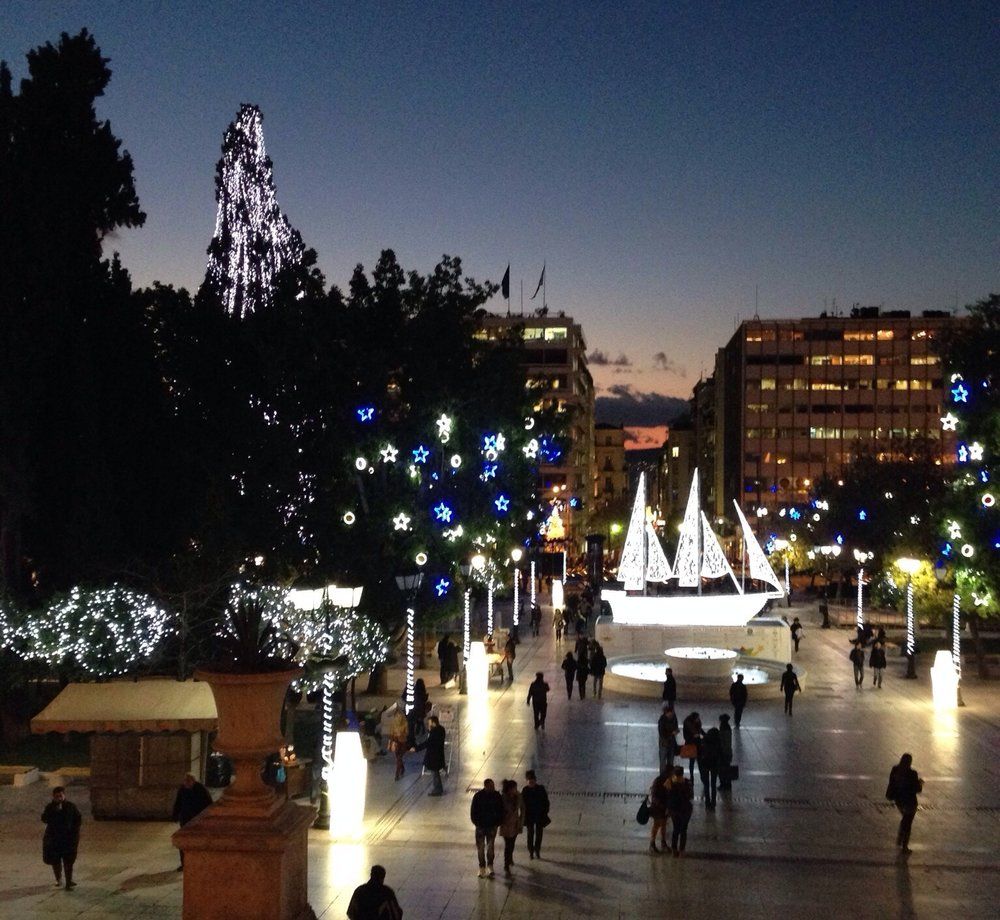 In the past, the Greeks used to decorated fishing boats with Christmas lights instead of a tree. This tradition is related to St. Nicholas who is the patron saint of the sailors and protects ships at sea.

Many people still follow this beautiful tradition and decorate a boat together, or instead of a tree. Such as seen at Syntagma Square in Athens a few years ago pictured above or here below in combination with a tree at the Public Market of Chania in Crete. 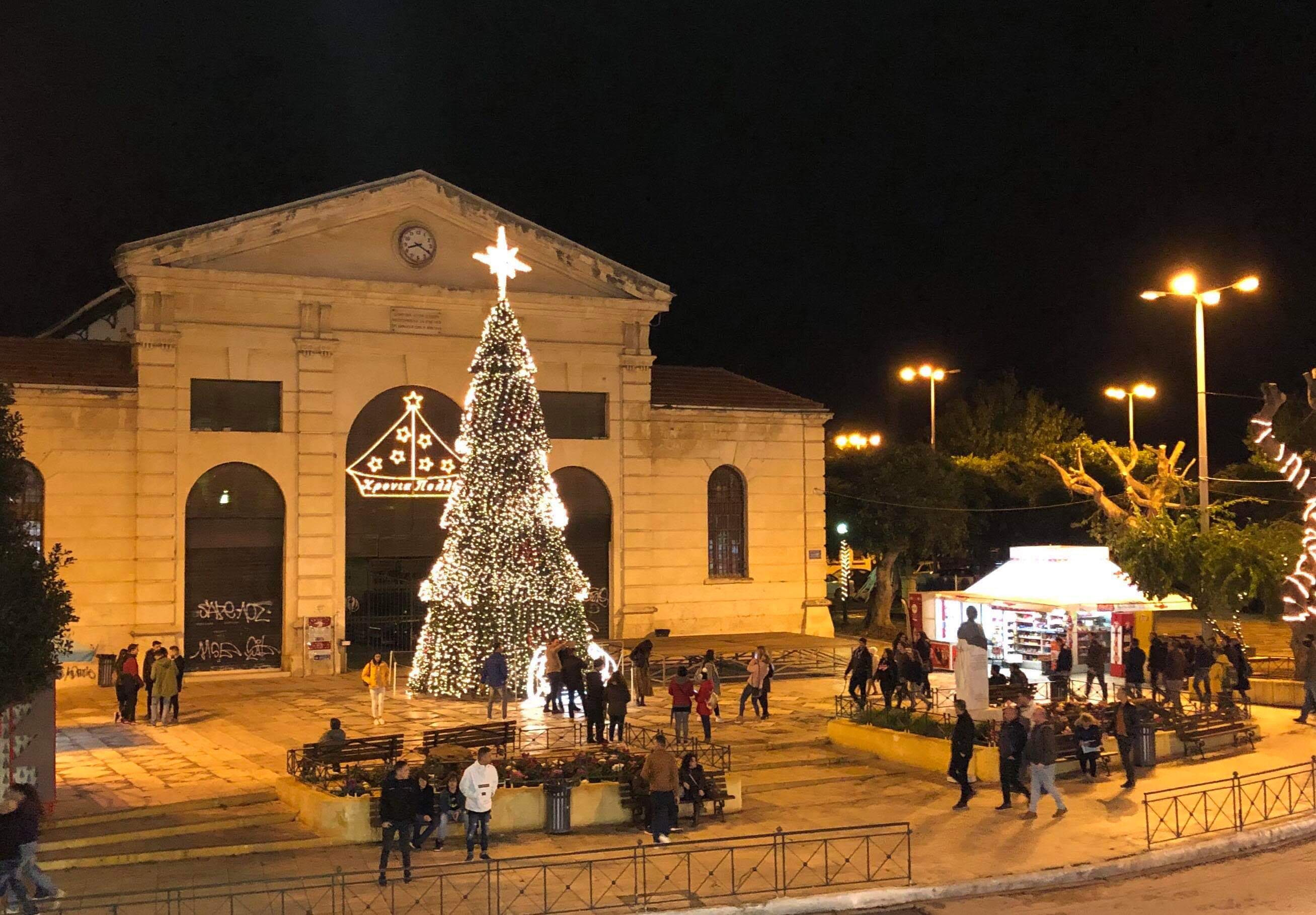 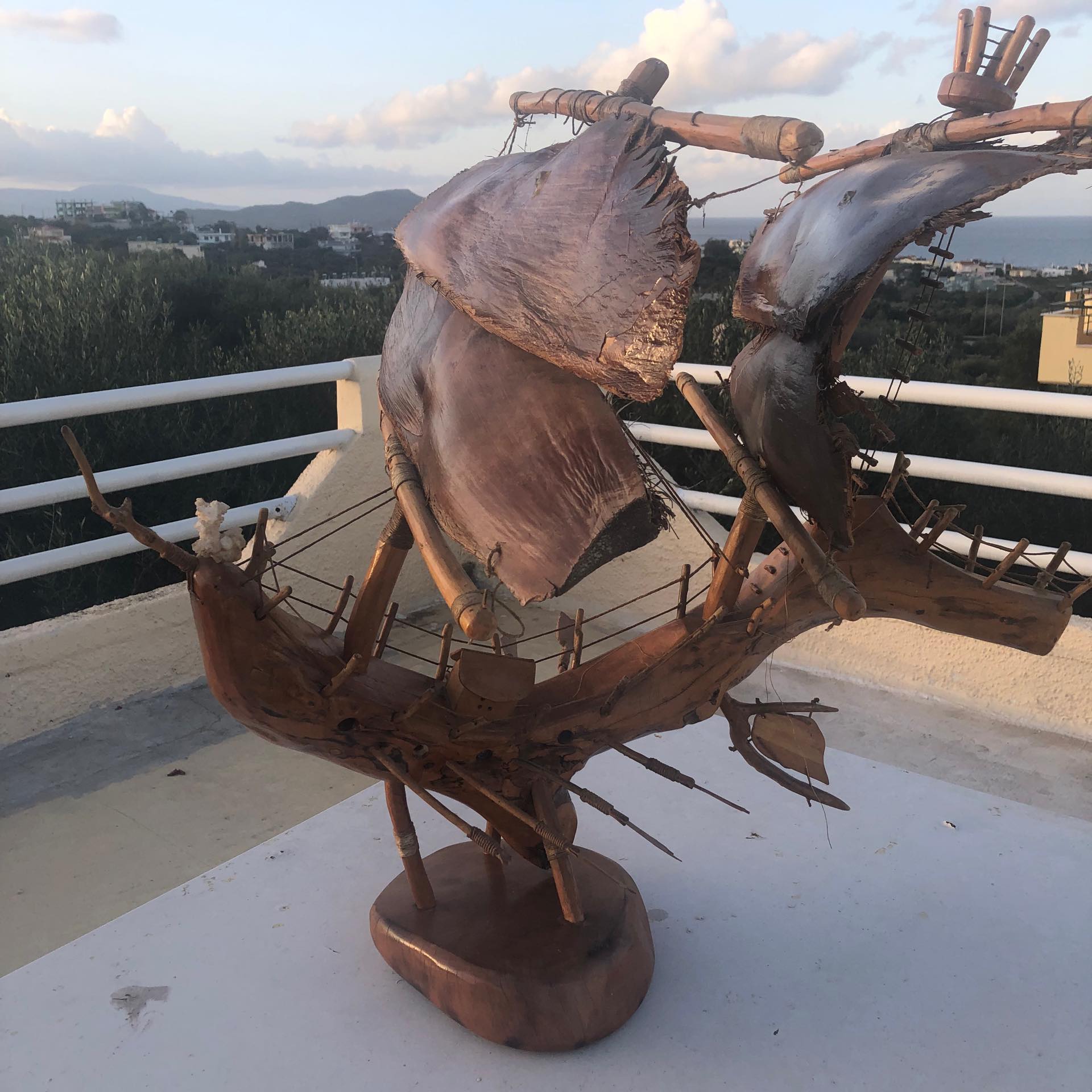 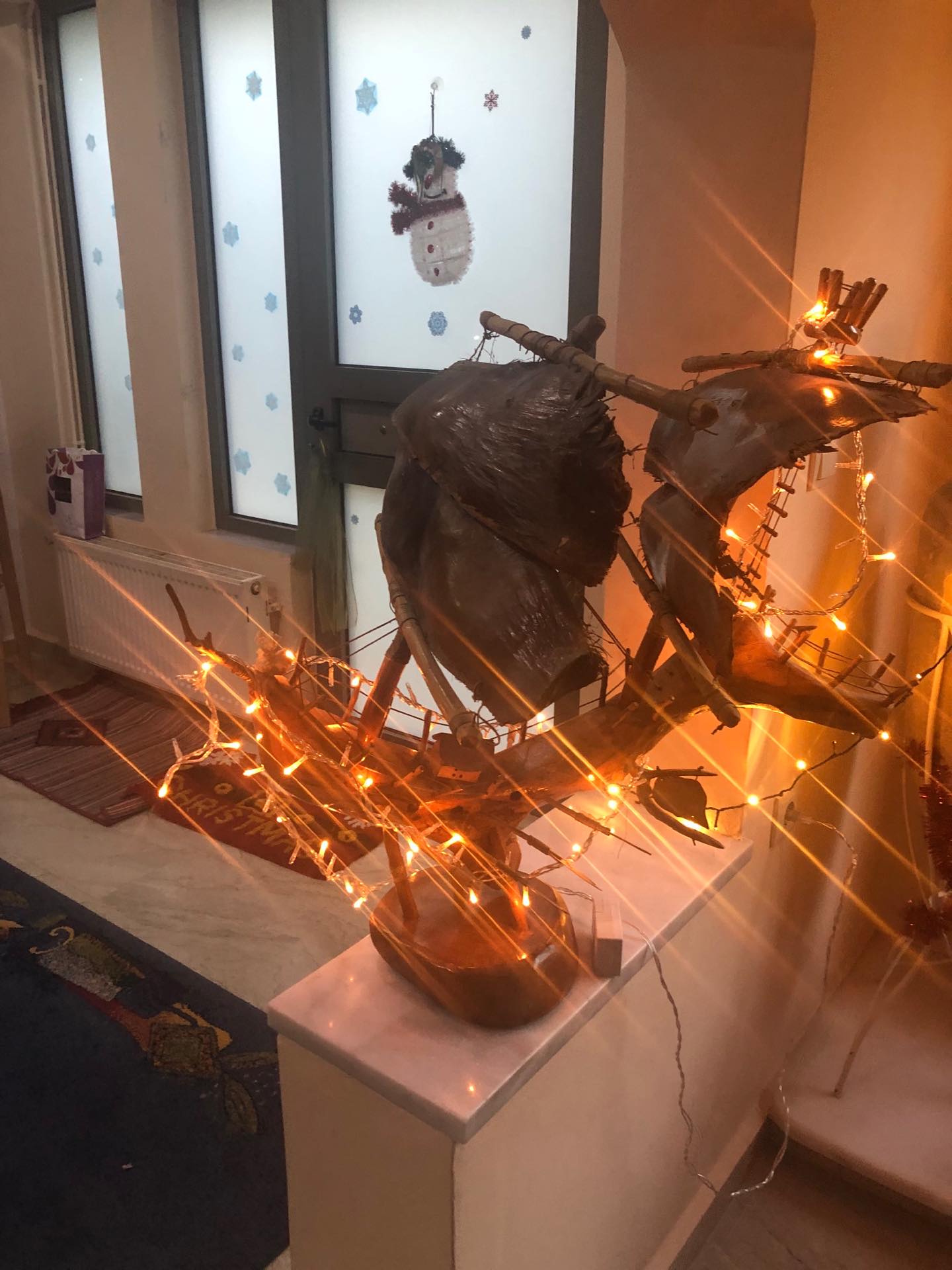 The Christmas tree and the Nativity Scene (or Fatni in Greek) are more recent Christmas traditions in Greece. They were introduced some 60 years ago. Have a look at the beautiful Christmas trees at Little KooK themed Cafe in Athens. 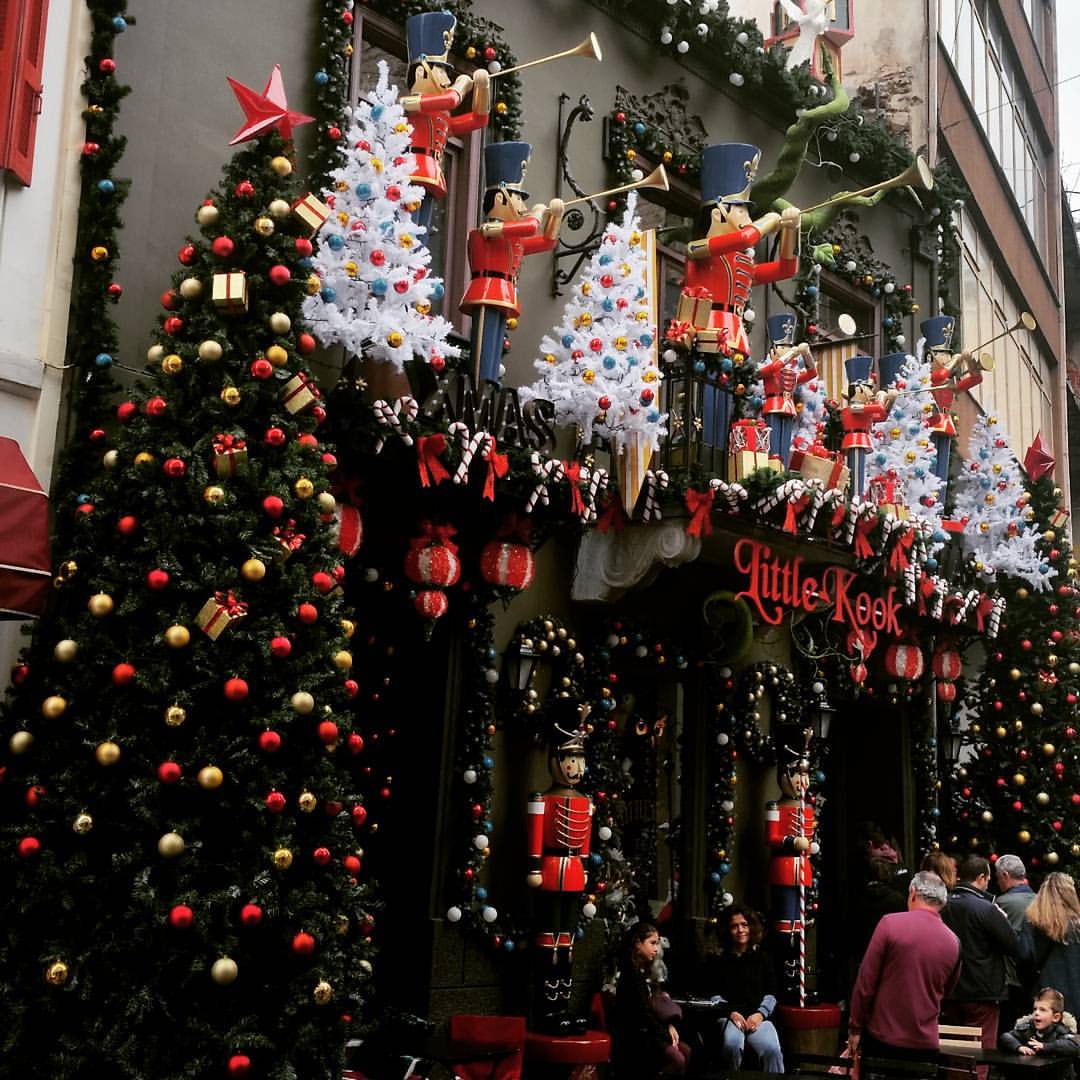 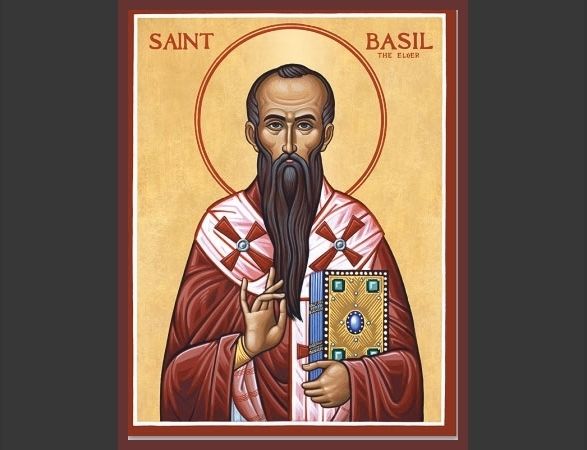 In Greece, Santa Claus is called Agios Vassilis (Saint Basil). Agios Vassilis brings gifts for the children and his name day is celebrated on the 1st of January or New Year’s Day. This day is also called St. Vassilis/St. Basil Day.

The story of St. Basil is quite similar to the one of Saint Nicholas (or Santa Claus). Agios Vassilis was a generous and kind-hearted helpful man, who was aiding the poor and needy ones while he was a bishop in Caesarea. The Greek Santa Claus is far from chubby though; he was a tall, thin man with a black beard and black penetrating eyes. 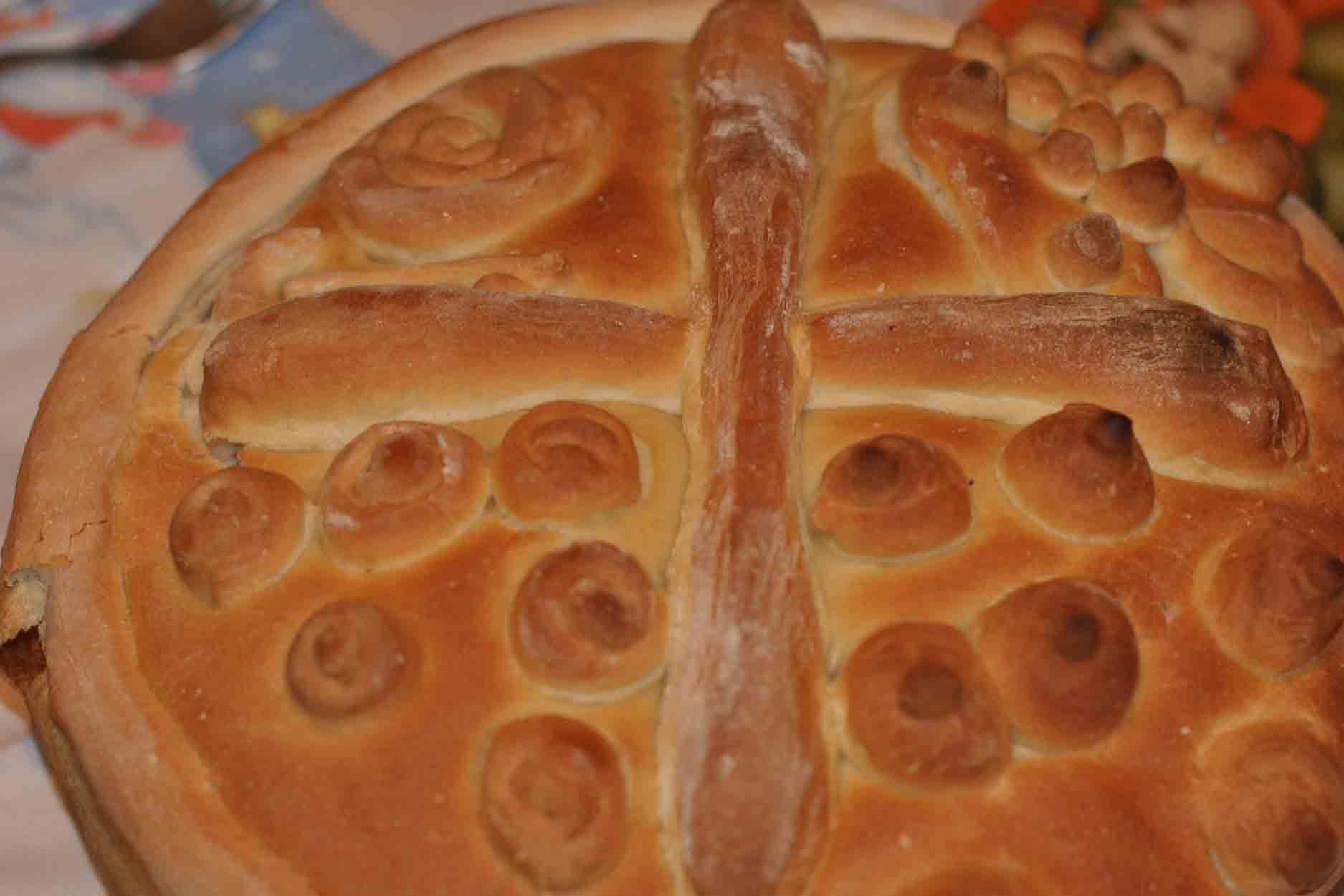 Greek Christmas is about family and food. A period of lent has finished and Greek people traditionally eat pork, roasted in an oven or over an open spit. It is often served with a spinach and cheese pie and various salads and vegetables. More recently, the Christmas turkey has become popular in Greece.

Traditional table decoration is the Christopsomo or Christ’s Bread. This round sweet bread is made in large loaves and flavoured with cinnamon, orange, and cloves. The top is decorated with a cross. The crust used to be engraved to portray the family’s profession. The bread is made on Christmas Eve ready to be eaten on Christmas Day. 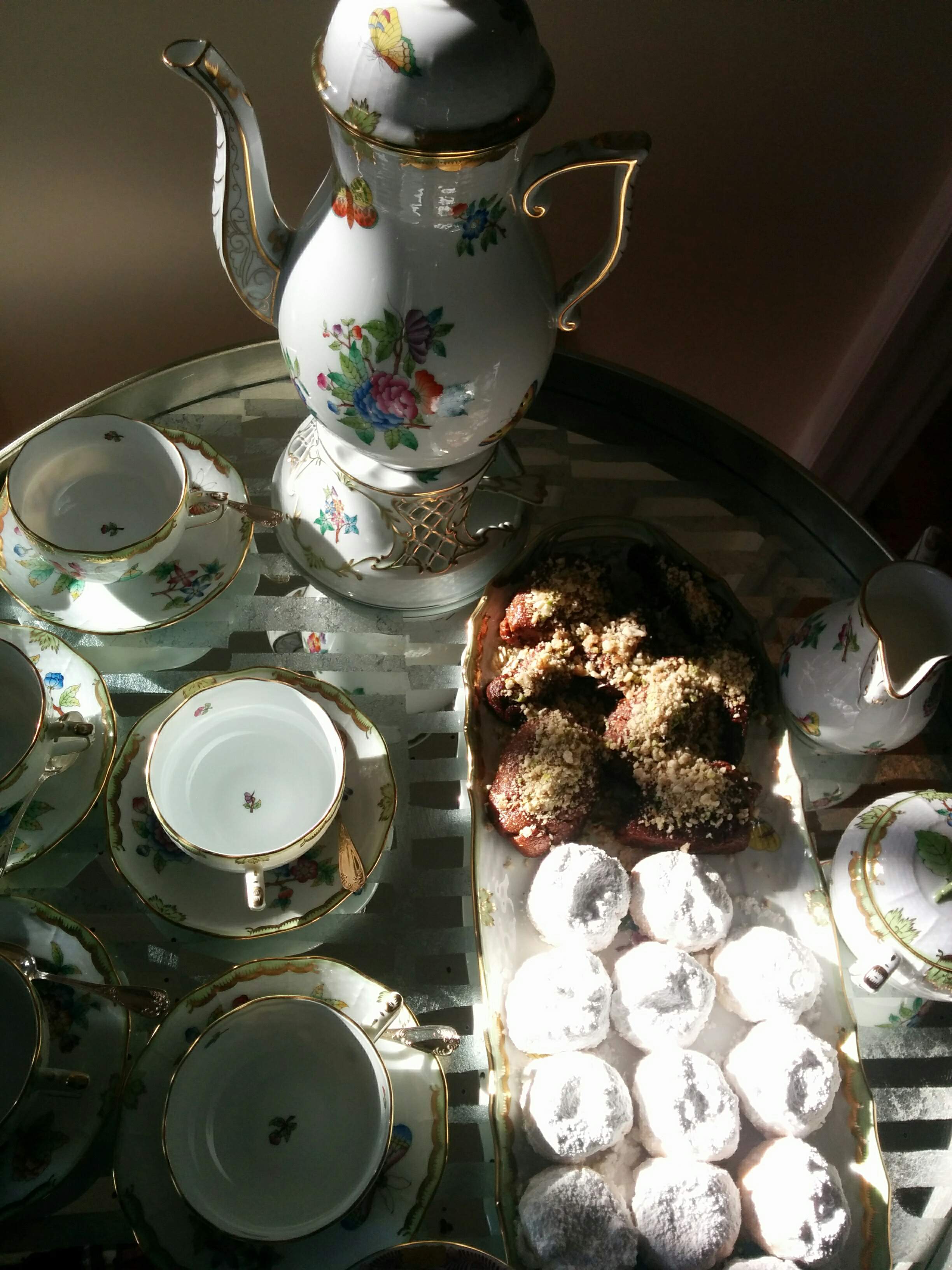 Our favourite Christmas holiday activity is the baking of the traditional Greek Christmas sweets called Kourabiedes and Melomakarona. For kourabiedes, I always use this recipe by Provocolate. For melomakarona, have a look at Laurenaki for a kids-easy recipe of these honey-soaked Christmas cookies. 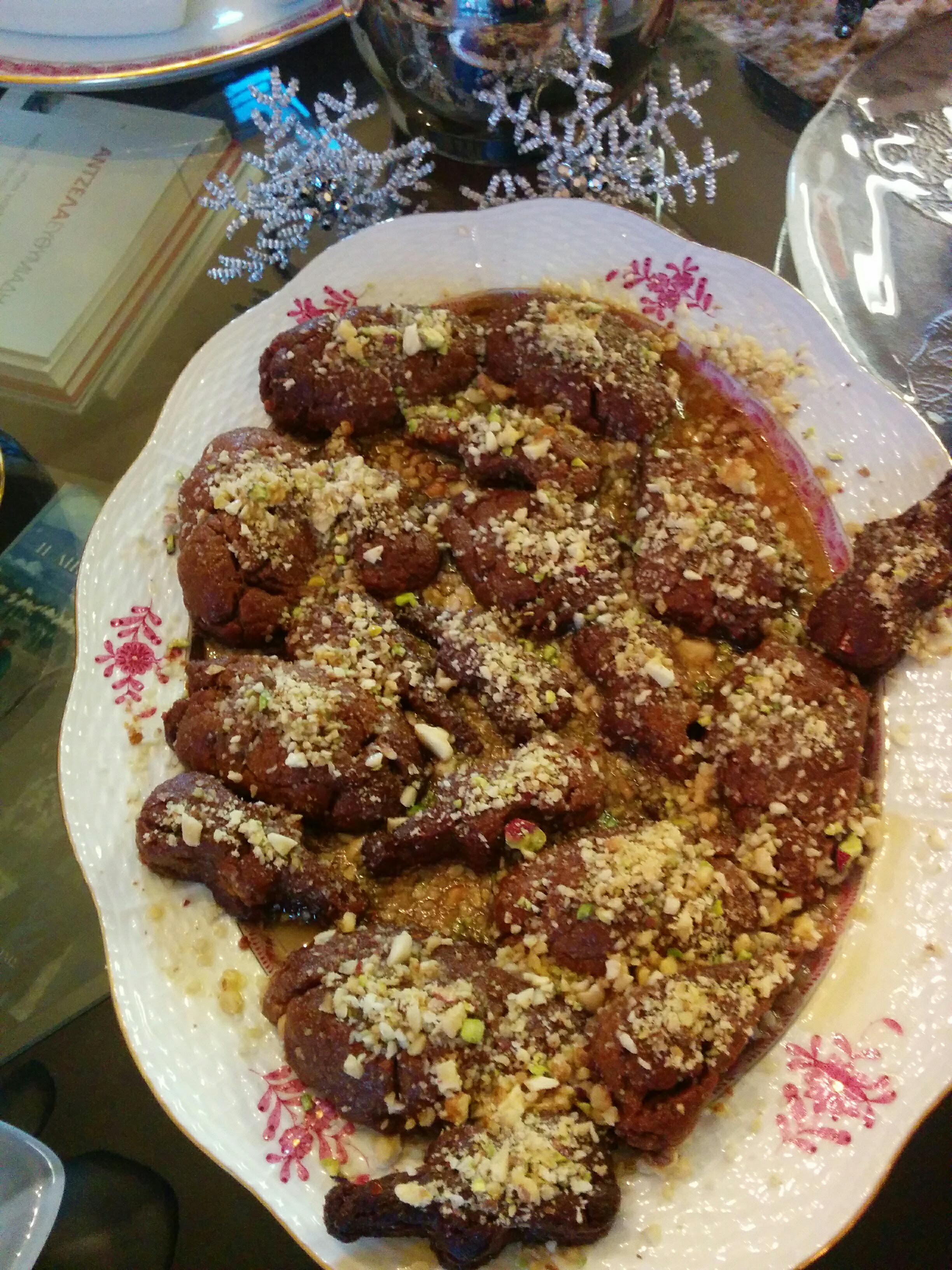 In the past – and still today in some village houses – you can find a shallow wooden bowl with a piece of wire suspended across the rim. Basil wrapped around a wooden cross hangs from the wire. Some water is kept in the bowl to keep the basil alive and fresh. Once a day someone, by tradition the mother of the family, dips the cross and basil into some holy water and uses it to sprinkle water in each room of the house. This ritual was used to chase away the Kallikantzaroi.

These Kallikantzaroi are goblins (or bad spirits) that emerge from the centre of the earth and slip into people’s homes through the fireplace. They are more troublemakers than harmful. They are believed to do things such as extinguishing fires, ride on people’s backs, braid horse’s tails, and sour the milk. Kallikantzaroi only appear during the 12 days between Christmas until Epiphany on 6 January. Unfortunately, we have never seen one!

For more holidays traditions related to the New Year in Greece have a look here. If you are looking for ideas of things to do with kids in Athens during Christmas and New Year, have a look Christmas in Athens with kids. 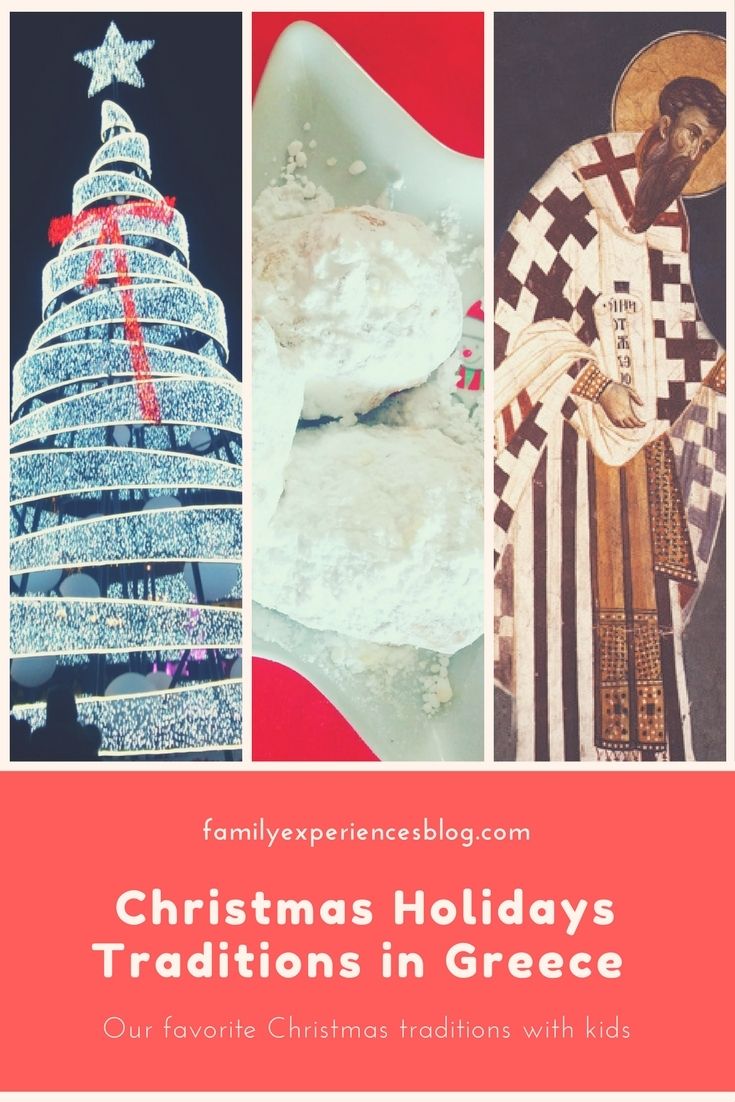 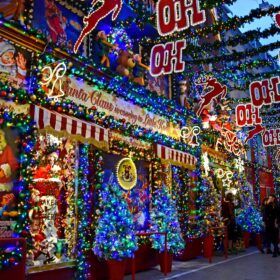 Top Things to do in Athens with Kids this Christmas

Family Brunch in Athens with Kids 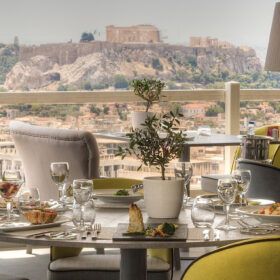