Some years ago my daughter came home from nursery and showed me a red and white string bracelet. She told me that we could not take it off her wrist until the end of March. And we should then ‘hang it in our rose bush for the birds’. It was the first time that I heard about the Greek tradition of the ‘Martis’ and I immediately loved this Greek custom.  We have been making Martis bracelets each year since and th children also do it at school. It is a fun tradition that we look much forward too. 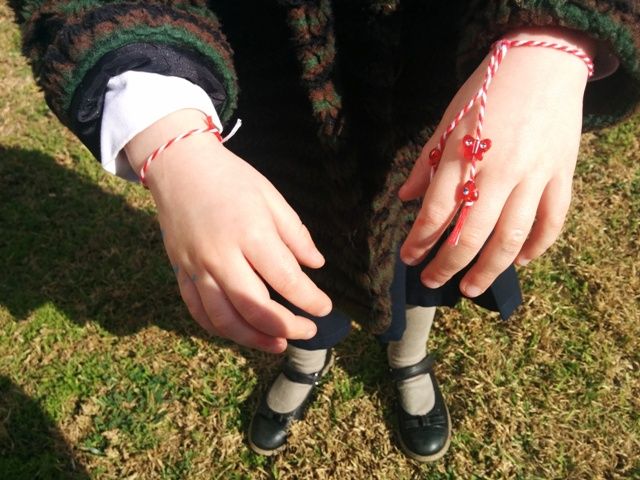 Depending on the region in Greece, there are several variations of this tradition. But the Martis goes back to an ancient annual rite celebrating and welcoming the spring. Adults and children would wear red and white bracelets.  They are made on the last day of February and worn from the first of March until 31 March or on Holy Saturday (depending of the region) There are several explanations for its colors. The general consensus seems to be that the colors represent ‘purity’ (white) and ‘life’ and ‘passion’ (red). I have read of some places in Greece where the colors symbolize the blood of Christ. Other parts connect the white and red to the skin color of an upper-class woman’s face and the sun-burned woman working in the fields. In ancient times, people believed that the bracelet protected the person who was wearing it from diseases and against the strong spring sun. And even now, it is considered a talisman that keeps away the sun, the evil eye, sickness and misfortune.

Martis or Martia is derived from the Greek word ‘Martios’, which is the month of March.

At the end of March, the bracelets are cut off of the wrists. In most parts of Greece, the children hang their bracelets in a rose bush so the swallows can come and take them to make their nests. When the first swallow appears spring has started. Another tradition says that once the person wearing the bracelet sees the first blossoming tree of the spring, they tie the Martis around the tree to keep it healthy and to have a good harvest. 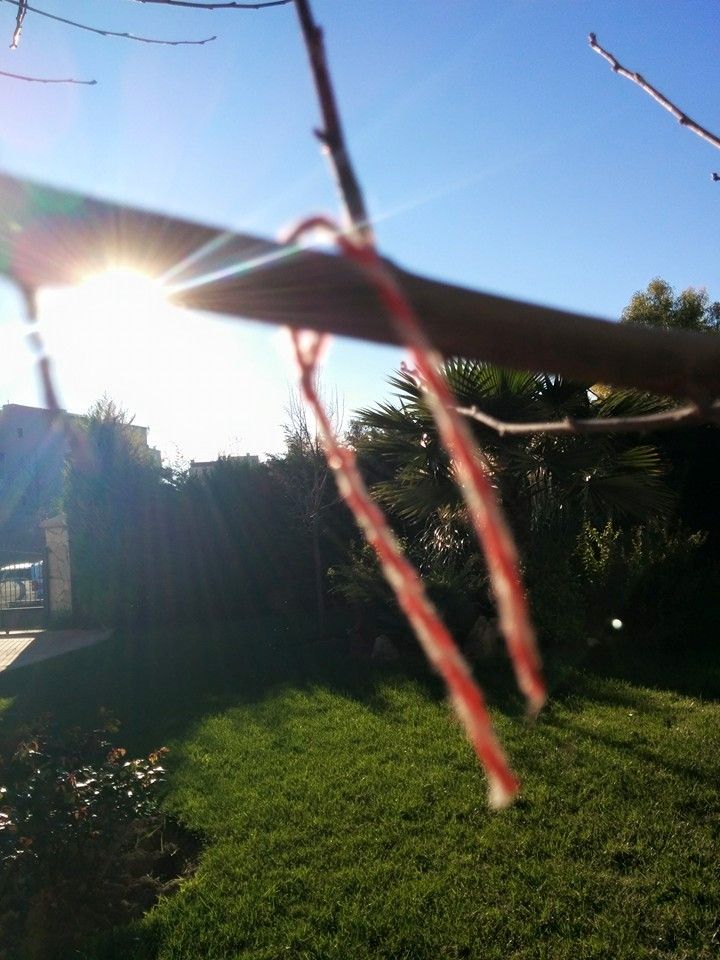 When the children make the Martis, it is usually a simple braid of two strings. 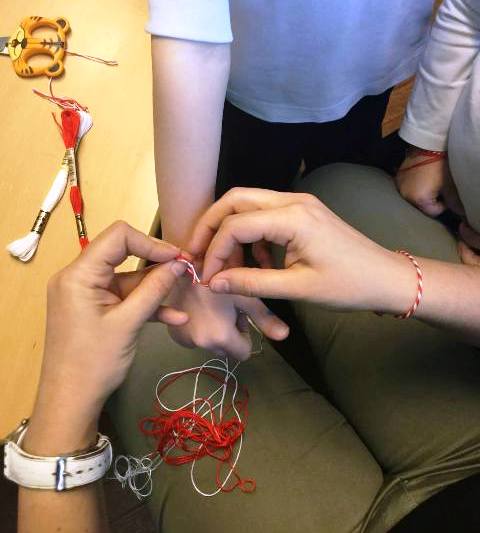 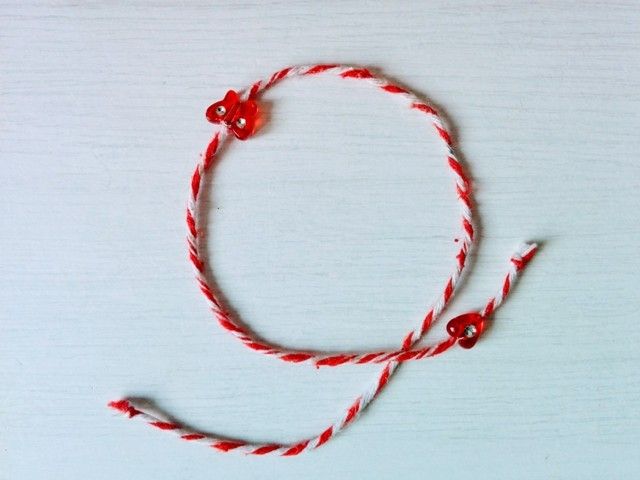 But you can also buy them in the stores, they are more complex, some with extra decorations or charms and usually looking something like this: 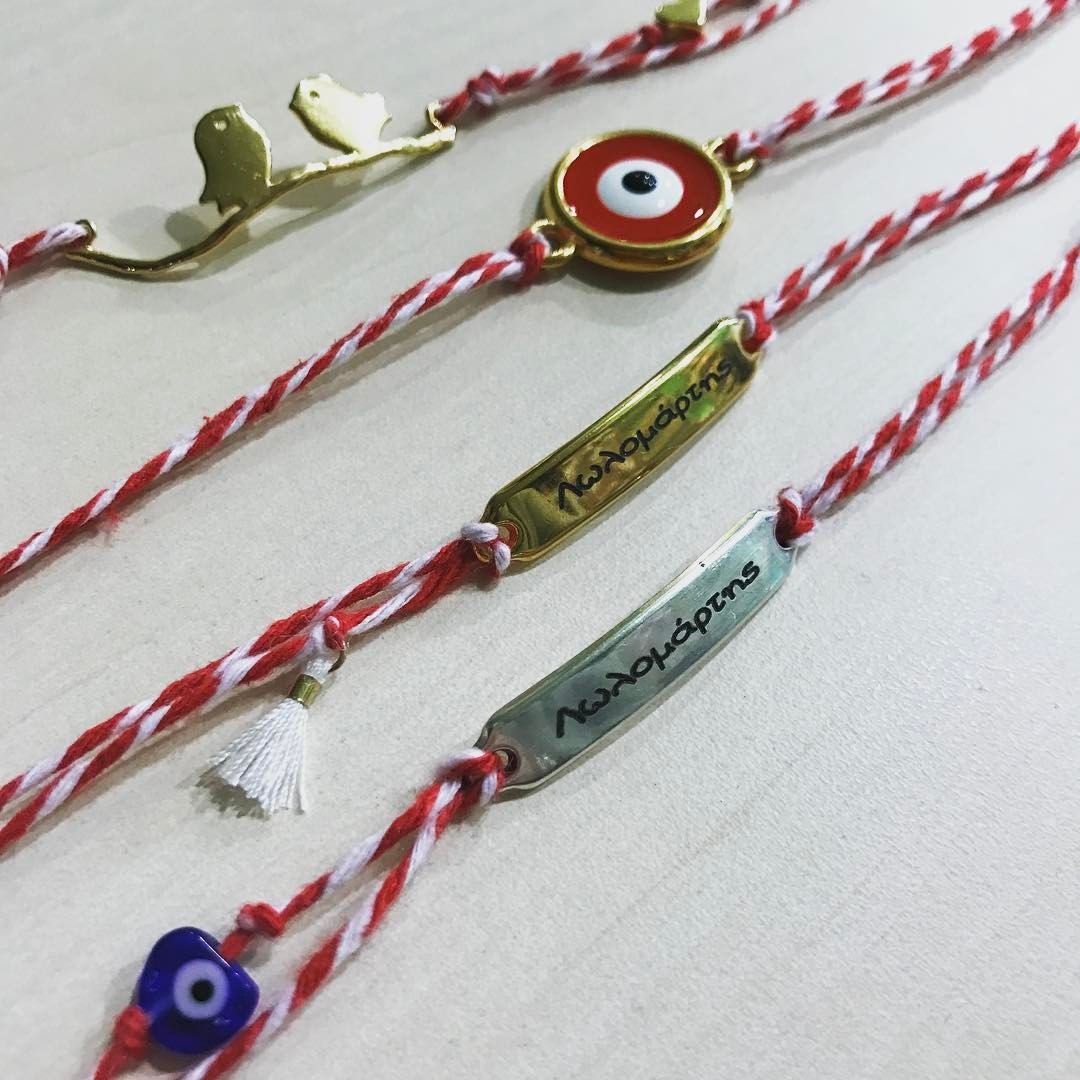 Whilst researching the subject I found that the pre-Christian Tradition of the Martis is common in other Balkan countries and the Middle East. In Bulgaria, it is called ‘Martenitsa’ and it is a small piece of adornment, made of white and red yarn and usually in the form of two dolls, a male and a female. Martenitsi are worn on March 1 until the wearer first sees a stork, swallow or blossoming tree or until late March. As it is in Greece, the tradition is related to welcoming the spring.

If your family celebrates this March 1st tradition I’d love to hear how you celebrate it!

Have a great new month or as they say in Greece ‘Kalo Mina!’ 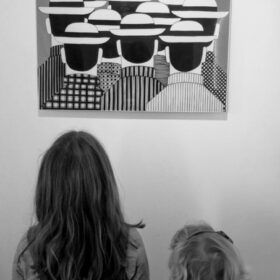 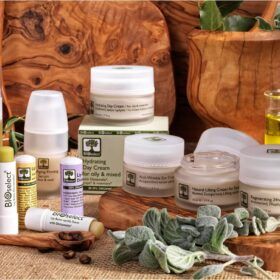