Mythology and Pottery in Athens with Kids

Pottery and Athens are closely connected. Did you know that Greek goddess Athene, invented the potters’ wheel? Recently my girls and I had a chance to try an interactive private tour about myths and pottery in Athens.

Mythology and Pottery Tour in Athens

The 3-hour activity included a walking tour from Kerameikos through car-free streets of Athens to Plaka, monuments and sanctuaries from Ancient Greece, games and quizzes, the Hill of the Muses and Pnyx, Philopappos Hill and a Pottery workshop.

Together with our storyteller guide (who was secretly a nymph!), we started our tour at the impressive ancient site of Kerameikos. Our guide brought the site to life by telling us more about the games Greek children played here in ancient times, the school and Gymnasium that they attended and what they learned there.

Under the shaded trees of Kerameikos, our guide invited us to take up roles with mighty powers, and we each choose a Greek god or goddess. We played some ancient Greek games and listened to fascinating stories from Greek mythology.

With her ‘magical powers,’ our nymph guide turned us into our favorite Greek gods, and we learned more about their characters.

We then walked to the oldest market with street vendors in Athens called Thiseio, where we played street games from Ancient Greek times in the open space. While playing the games we had a wonderful view of the Acropolis.

After our break, we entered a magical forest full of nymphs at the Hill of the Muses.

Near the magnificent Pnyx – the birthplace of Democracy -, we played a weaving game while also having the chance to debate and question subjects that were important for us. It was great to do this with my kids and find out what is really on their minds.

While weaving Ariadne’s web, we learned about the Ancient Greek debate and the Ancient philosophers.

The open fields were also great for letting go of some excessive energy! Note that from Pnyx, you have a spectacular view over Athens and the Acropolis.

We continued the tour towards Plaka passing from more important monuments such as Aeropagus and the Acropolis.

At the theatre of the Odeon Herodus Atticus, we listened to divine tunes and got to improvise on our musical moves.

Our final destination was Plaka were the Pottery Workshop takes place.

What I liked most about this pottery in Athens tour was the playfulness and the originality of all the activities. It was great to be carefree, to let the guide take over and to play with my kids. There was plenty of time for questions and spontaneity. The kids were extremely fascinated by the mythology stories and the important role that they played inside the tour.

We entered a fantasy world for several hours and it was a wonderful feeling. We also learned so much about mythology, pottery and the ancient sites along the way.

To make the most out of your visit to Athens and its myths, consider reading some Greek Mythology stories with your kids. Have a look at the 20 best Greek Mythology Books for Kids

This workshop is ideal for children from 6 years and older but younger siblings can join too because the activities take place at open green spaces and car-free roads. For more info and booking our experience, please write at [email protected]

If your kids love storytelling, interactive role-playing, games and quizzes, a pottery tour in Athens is a great way to learn more about Ancient Greece and see the most important monuments of the city.

I also recommend the Athens: Mythology and Pottery Tour. An entertaining tour that is fun for the entire family. Visit significant landmarks as you learn about Greek Gods and mythology from an expert on mythology and create a handmade work of art to take home with your during the pottery workshop.

Click here for more information and booking the Athens: Mythology and Pottery tour Top Things to do on the Athens Coast with Kids 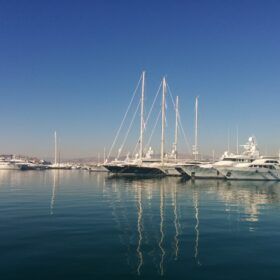