October 28 is a National Memorial Day in Greece. It is called ΟΧΙ Day or NO Day. What does it mean and what is going on in Greece on this special day?

What does Οχι Day mean?

Greek: Επέτειος του οχι – The anniversary of ‘NO’

Οχι Day on October 28 commemorates the anniversary when former military general and Prime Minister Ioannis Metaxas said no – ‘Οχι’ – to an ultimatum made by Italian Prime Minister Benito Mussolini to allow Italian forces to occupy strategic locations in Greece or else face war back in 1940. This is the moment when Greece got involved in the Second World War. In the course of that day, Greeks were calling “οχι” through the streets everywhere. Many spontaneously registered up for the army. Since 1942, Οχι Day has been commemorated by Greeks all over the world and after the war, 28 October was declared a national memorial day. Throughout the country, commemorations and parades take place and you can see the Greek flag hanging on government buildings and houses everywhere. It is a day that represents bravery, solidarity, and heroism for millions of Greeks all around the world.

Winston Churchill commented at the time of the Greco-Italian war and famously said, 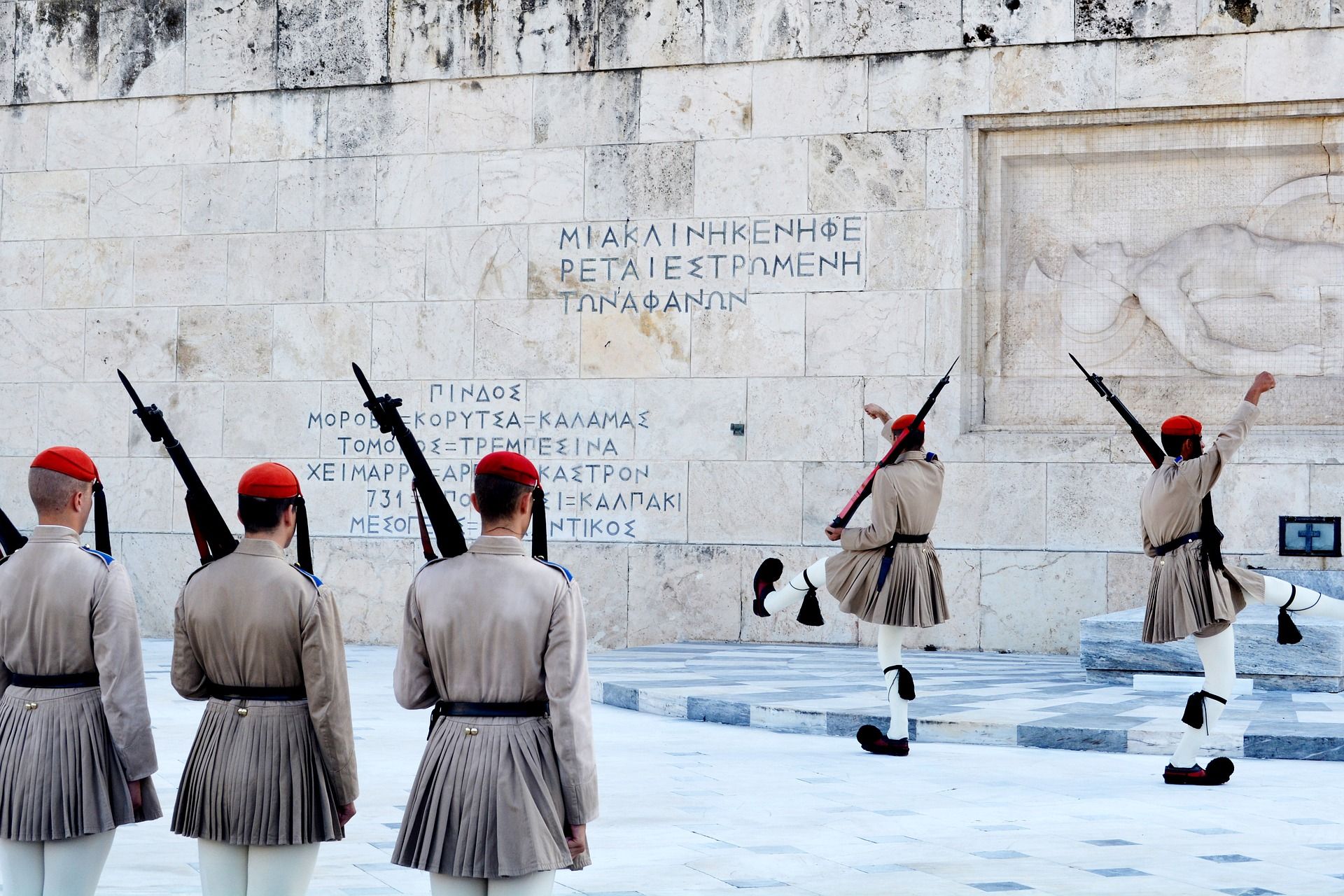 October 28 is an official national holiday in Greece. This means that on Οχι Day, schools (but also companies, shops, and public services) are closed. Children commemorate Οχι Day at their school a day before. Weeks before the festivities, the children learn poems and songs and some also practice for the 28 October parade. Parents and pupils than gather and sing songs, present storytelling or watch a theatre play. My daughter has been part of her school choir since first grade and she sings special Οχι Day songs during this gathering. Last year, her class presented a play in which there was special emphasis on the role of the brave woman and their role in the war in Greece.

On Οχι Day itself, children participate in parades all over Greece. Students, mostly from grade 4 and up, children from sports clubs and from the boy scouts march the streets of Greek cities and towns. The children wear their school uniform or club outfit and some dress up in traditional Greek clothing. They are accompanied by marching music while walking. The most important position in the parade is the flag bearer in front of each school representation. It is a big honor for the selected child to hold the Greek flag.

During Οχι Day holiday you will also see military parades and union marches. Coastal towns prepare naval parades and waterfront celebrations. Streets will be decorated with national flags, and you will feel a real coloring of Greece and how locals are proud of their country. Note that during the celebrations, the streets can be busy or blocked, especially in Athens. Because this is a national holiday, most Athenian archeological sites and some museums are open and admission is free. There is a special Οχι Day ceremony at the Acropolis where you can see the Presidential Guard or Evzones. The Greek capital public transport operates as usual but as said before, there can be road delays due to the street parades. Most restaurants and bars, especially in main tourist areas, will remain open. 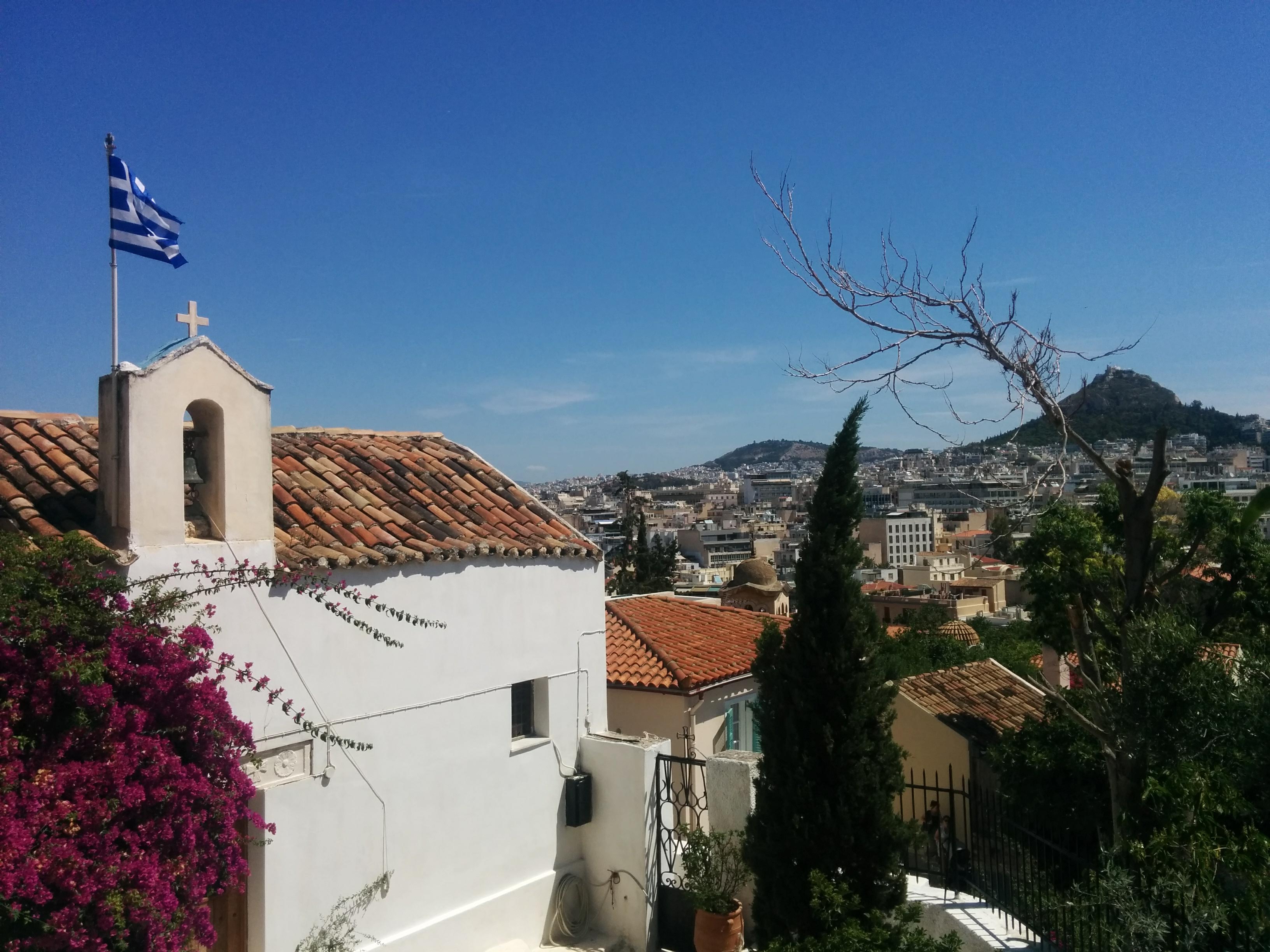 Have you been to Greece during the Οχι Day celebrations?

For more information about Greek national and public holidays, check out my post about  The 25 March holiday in Greece, my post about Clean Monday traditions laganas, the holiday season in Greece or Christmas holidays in Greece with Kids.

I find Greece such an amazing country with equally amazing and unique celebrations, have a look at my stories under the Greek Culture & Celebrations category of this blog. Have you heard of Kyra Sarakosti? A very special lady introducing Lent to Greek children right after Carnival in Greece. And did you know that there are many winter traditions in Greece? There is even a celebration honoring the kingfisher birds! 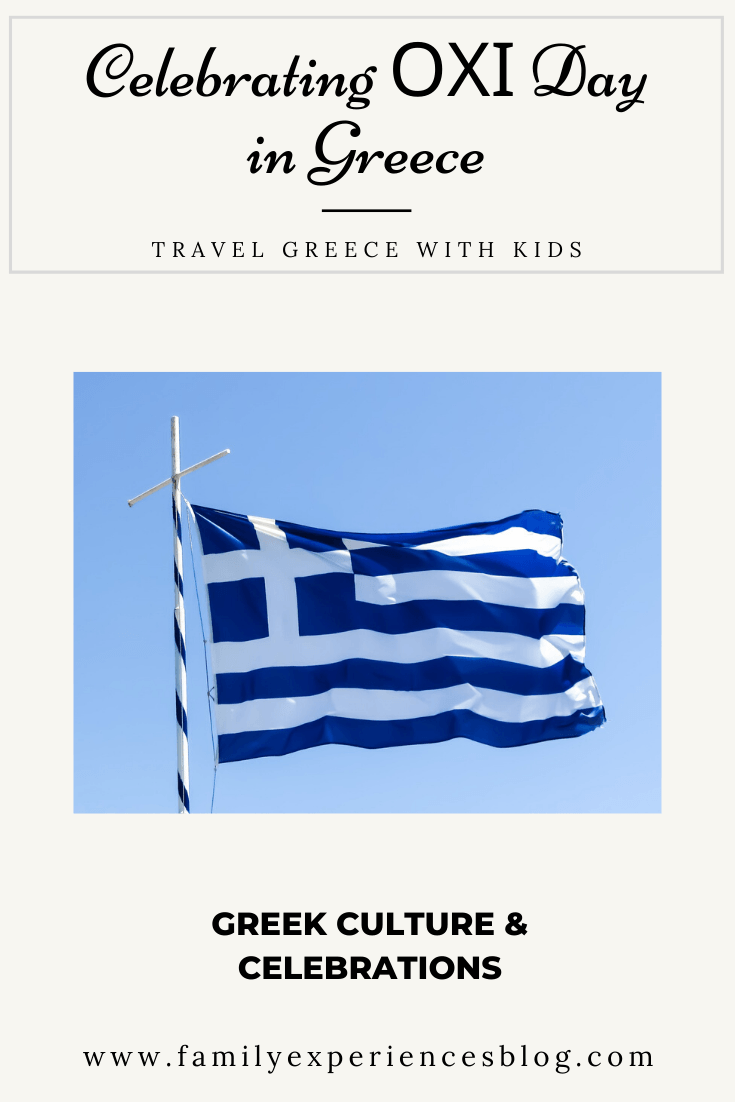 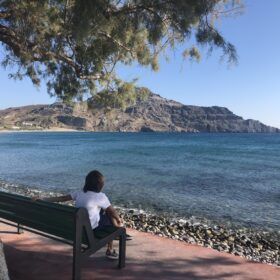 Where to eat Thanksgiving dinner in Athens 2018 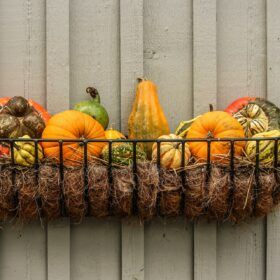