The winters in Greece are always pleasant. Especially in Athens and central Greece, the months of December, January and February are mild and sunny. There are some cold and rainy days and sometimes there is snow. What is very interesting about winters in Greece are the beautiful sunny warm days early in the New Year.

Nearly every year in the winter in Greece, right after New Year, there is a non-interrupted period of days with clear blue skies and warm temperatures, which at least in Athens and its region, can reach more than 20 °C over the day! This meteorological phenomenon of the central Greek climate is called Alkyonides.

After 20 plus years in Greece, I knew that these Alkyonides had something to do with the Halcyon bird or in English: the kingfisher. But I never really looked into it. Until this week, when my daughter brought home a handcrafted kingfisher. I was curious to find out the meaning behind this winter tradition because in Greece, there is always an interesting story to find.

I found several explanations in Greek mythology for the legend of Alkyoni. According to Greek myths, the Alkyonides were the seven daughters of Alcyoneus. When their father was slain by Heracles, they threw themselves into the sea and were transformed into halcyons (kingfishers) by Amphitrite. Another tale says that Alcyone was the wife of Kyokas and daughter of Aeolus. She was very happy with Kyokas and their love was a model for everyone. One day, Kyokas went fishing in the sea. Alcyone did not want him to go because she had a bad feeling. The weather turned bad and Kyokas boat turned over and sank. Alcyone witnessed his death from far away and threw herself from the rocks. The Gods admired their strong love and regretted what had happened and transformed them into a bird and a fish. But these animals cannot live together because one lives in the water and the other on land. So kingfishers were created. These birds make their nests in the rocks near the sea. The eggs hedge in the wintertime. Because it was too cold for the eggs, Zeus gave them 10 days of sunshine so it would be like it was spring. These hot days in the winter of Greece are called Alkyonides days.

Did you know that the Alkyonides are also small rocky islands? They are located in the Gulf of Corinth, near the Attica coast and central Greece, also taking their name from the mythological figures.

Winter in Greece is great for bird watching. The Greek Kingfisher can be found around Greece and even in the coastal areas of Athens such as Varkiza and Vouliagmeni. For more information about birdwatching in Greece, I am happy to refer to Natural Greece. This green tour company introduced me to the amazing birds of Greece and showed me the wetlands of Pfitsa near Poros island last year. I went back this summer with my kids to admire the flamingo birds there.

Have you spent winter in Greece or are you planning a holiday this time of the year? The Alkyonides of the central Greece climate will make your winter holiday unforgettable. They are warm and sunny and always remind me of the Greek summer lying ahead!

Have a look what my daughter made at school! 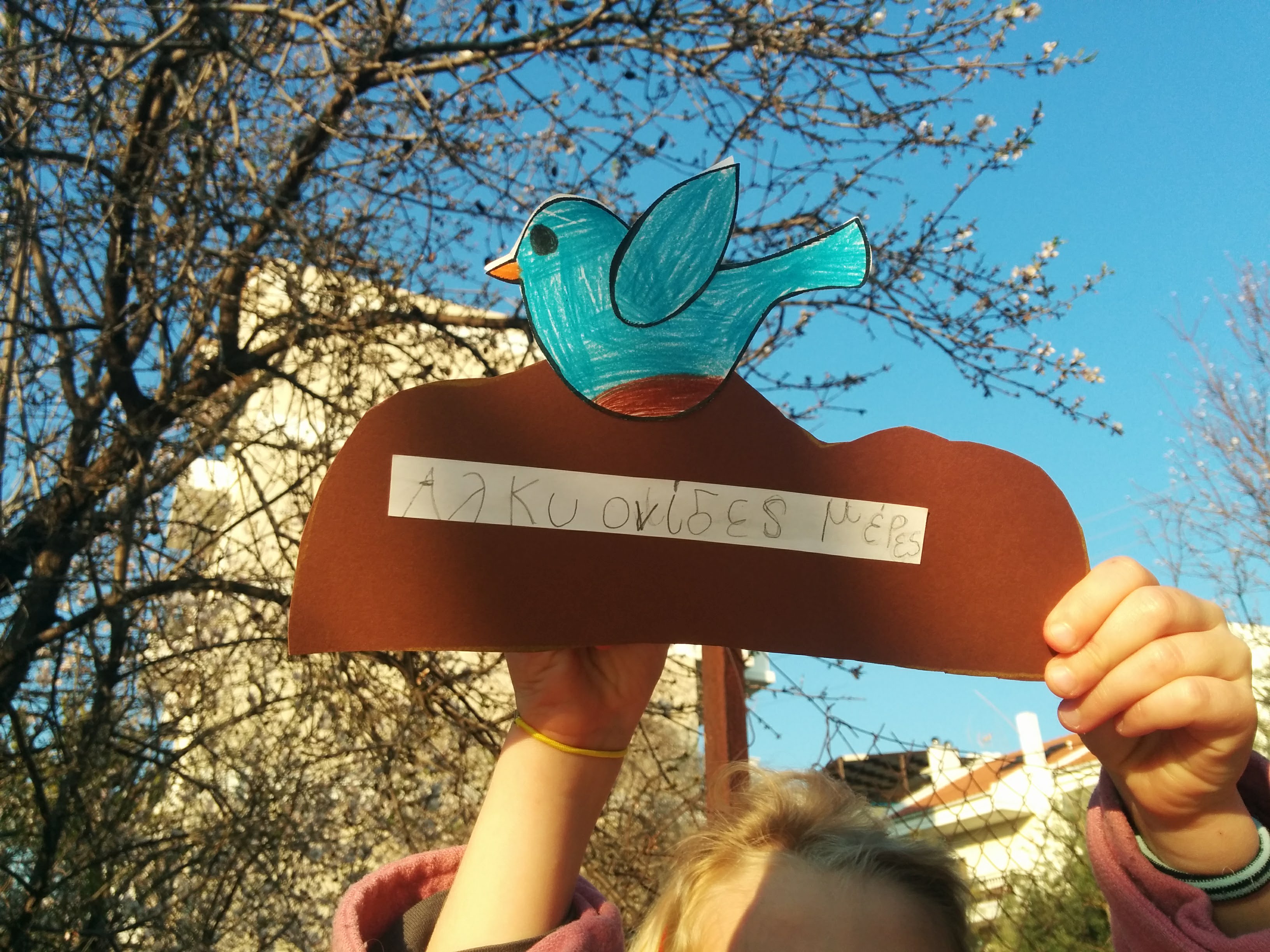 The featured photo of the Kingfisher above this post is by photographer Andrea Bonetti. Bonetti is a photographer and biologist, famed for his wildlife and travel photography in Greece. 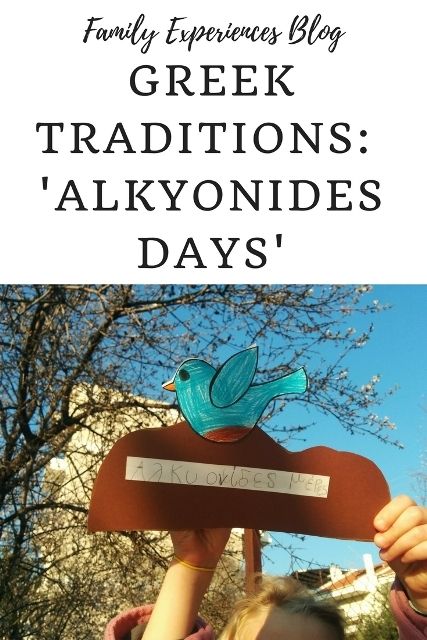 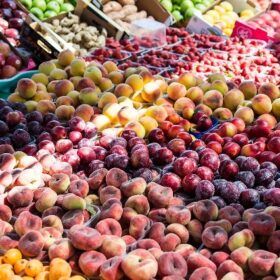 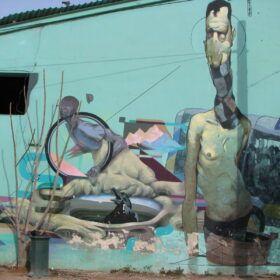