Movies about Greece that will make you fall in love with Greece all over again! The remarkable beauty of Greece is one of the reasons visitors return year after year. But it is not just travellers that love Greece. With its stunning beaches, charming islands, and captivating culture, Greece has been a popular place to film movies for decades–and as a result, there are plenty of wonderful movies set in Greece to choose from.

I am sure that you already know some of them, but you may be surprised by the rest of the list. Whether you’re planning a future trip and hope to get inspired or just want to dream away about Greece on a romantic autumn night, here are some of my favorite top movies about Greece!

Maybe the most classic movie about Greece? Zorba the Greek is an Oscar-winning film and famous all over the world. Anthony Quinn became unforgettable in one of his most defining roles. The story is about Basil, a half English, half Greek, who is on his way to Crete when he meets legendary Alexis Zorbas.  It is, on the one hand, the story of this Greek working man Zorba, a passionate lover of life and the narrator who he accompanies to Crete to work in a lignite mine, and the men and women of the town where they settle. On the other hand, it is the deeper story of God and man, the devil and the saints; the struggle of men to find their souls and purpose in life. Ultimately, the movie it is about love, courage and faith.

The movie is filmed in Crete, around Chania, on the north-west coast. You can see the town, the beautiful harbor and the picturesque lighthouse. The movie also includes the village of Kokkino Chorio. Just to the north is the film’s most important location, Stavros beach, where the famous folk dancing scene was filmed. A must-watch for everyone who loves Crete and Greece!

The adaptation of Louis de Bernière’s romantic novel Captains Corelli’s Mandolin, is shot on the beautiful Ionian island of Kefalonia. Created in 2001, it has all the elements to be called a real classic. The war drama stars Nicolas Cage and Penelope Cruz in the lead roles. A recreation of the island’s capital of Argostoli was necessary since it was devastated by the island-wide earthquake of 1953. The production rebuilt it in Sami, on the east of the island. The movie also features the Antisamos Beach nearby and Myrtos Beach in the north-west of the island.

Never on Sunday is the story of Ilya, a famous prostitute who entertained the sailors of Piraeus every day, but never on Sundays. The appearance of a would-be philosopher from America comes to change the woman’s life. The role of Ilya is enacted by Melina Mercouri, a famous Greek actress and the role of Homer Thrace is played by Jules Dassin. They were a real-life couple, that would eventually get married after the movie finished filming.

Mercouri won the Cannes Film Festival Best Actress Award for this movie and was nominated for the Academy Award for Best Actress and the BAFTA Award for Best Foreign Actress. This international movie is filmed in black and white in Athens. Most of the scenes are from the port of Piraeus, offering us a look of the urban neighbourhoods of Greece at the time. If you like vintage movies, have a go!

The ultimate feel-good movie that the entire family loves! Filmed in the Greek archipelago of the Sporades, Mamma Mia, will get you dancing in no time. The movie is shot at the green islands of Skopelos and Skiathos, as well as the Pelion region on the Greek mainland. This movie gives you that real Greece summer feeling with the uplifting music of ABBA that you can probably sing along. Meryl Streep and Pierce Brosnan play the leading roles in this modern classic. An uplifting movie with plenty of humour and beautiful pictures of Greece!

Movies about Greece: 5. The Bourne Identity

This 2002 action movie starring Matt Damon as Jason Bourne is partly shot on the Greek island of Mykonos. Mykonos is known for its vibrant party atmosphere and the number of bars and (beach) clubs. But Mykonos is also known for the picturesque 16th-century windmills which sit on a hill above the town of Mykonos. If you love this famous island and action movies, go and hire The Bourne Identity!

6. The Sisterhood of the Traveling Pants

This young-adult romance takes place you the most famous of all Greek islands: Santorini. One segment is set in the town of Oia, where one of the stars (Alexis Bledel) holidays with her grandparents. Think of white-washed cub houses, donkeys and charming Greek boys. Besides Oia, we also see lots of Amoudi, including the little island just offshore and the chapel of St Nicholas. The Sisterhood of the Traveling Pants is a feel-good movie for teens and adults who love the Greek islands.

This artistic movie set in Greece features lots of Amorgos, an amazing island to the south-east of Naxos in the Cyclades. There’s the whitewashed town called Chora and the famous Panagia Hozoviotissa monastery built into the cliffside in the 11th century. We also see Agia Anna beach and the wreck of the Olympia off Liverio Bay in The Big Blue. Amorgos island is relatively undiscovered and feels like it exists in its own time zone. The movie is ideal for people who love the sea and the Greek islands.

Before Midnight is the final sequel of the “Before” films, preceded by “Before Sunrise” and “Before Sunset”. This ultra-romantic movie in Greece follows the story of Jesse and Celine, who first met on a train in Vienna. Now living in Paris, they have travelled to Greece, and especially to Mani and Pylos, which are located in southwestern Peloponesse. The purpose of that trip is to save their marriage and solve all the issues they are facing.

9. The guns of Navarone

Another all-time classic with Anthony Quinny. The Greek island of Navarone does not exist and the plot is fictional; however, the story takes place within the real historical context of the Dodecanese Campaign, the Allies’ campaign to capture the Italian-held Greek islands in the Aegean Sea in 1943. The guns of Navarone is filmed on the Greek island of Rhodes. Quinn loved the island and bought some land there. That place is still called the Anthony Quinn Bay!

A James Bond classic that dates back to 1981 with Roger Moore as the 007 agent. The story in For Your Eyes Only is partly shot on the green Ionian island of Corfu and also in Meteora on mainland Greece. In Corfu Town, Bond and leading lady Melina (Carole Bouquet) walk past the church of Agios Spyridon, which has the tallest spire in the Ionian Islands and proceed to the Venetian Old Fortress to the east. The casino is at Achilleion palace in Gastouri, once owned by Empress Elisabeth of Austria. Danilia Village is also featured. This purpose-built heritage village north of Corfu Town was recently featured in TV favourite The Durrells.

If you loved the first movie, you will also like the sequel, called Mamma Mia! Here we go again. In this movie, we meet the younger versions of the stars from the previous one. Five years after the events of Mamma Mia!, Sophie prepares for the grand reopening of the Hotel Bella Donna as she learns more about her mother’s past. Worried that she won’t be able to handle everything on her own, she enlists two of her mother’s friends for assurance, help, and guidance. Along the way, she learns more about her mother’s past and now faces a surprise visit from someone she’s never met: her own grandmother played by Cher. There is also a special role for Andy Garcia. As family-friendly as the first one!

From the writer of My Big Fat Greek Wedding that is about a Greek family in the USA, comes another Greek-inspired comedy starring Nia Vardalos. My life in Ruins is filmed in some classic Greek settings like Athens, Olympia and Delphi. The movie captures many monuments and landmarks of Ancient Greece. The film shows a Greek-American tour guide, Georgia, is discouraged by her failure to land her dream job. She finds new friends and a blossoming romance with the Greek bus driver of her tour company. Watch them both and let Greece and the Greek family entertain you!

Is your favourite film on this list of movies about Greece? Let me know in the comments!

Disclaimer: Family Experiences Blog is a participant in the Amazon Services LLC Associates Program, an affiliate advertising program designed to provide a means for sites to earn advertising fees by advertising and linking to Amazon.com. 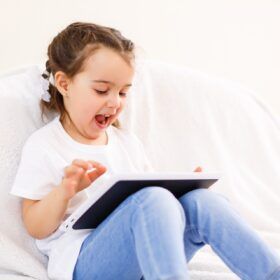 20 of the Best Books Set in Greece